The agency will also pay the additive to Lieutenants in the six counties.

We have discussed a number of unique circumstances with the agency about residency requirements. Â At this time, we are waiting for the agency to review our requests and provide us with an official response. Â As soon as we learn more we will send out the information.

Sheriff Rick Bradshaw was not able to attend the Palm Beach PBA annual ball preparedÂ a special message to attendees.

Among the things he said:

He also stated that to those who sayÂ that all law enforcement is bad because some mistakes have been made is wrong.

The Sheriff stated that he’s behind his deputiesÂ and will back them up.

A link to the full video is below.

The grand jury heard the cases during its current six-month term that will end June 30.

Tony Alfero, the lawyer who handled the case on behalf of the Broward County PBA said: “We’re all very thankful that none of the officers were killed, since he did open fire on them when they weren’t even looking,…”

The full article is below: 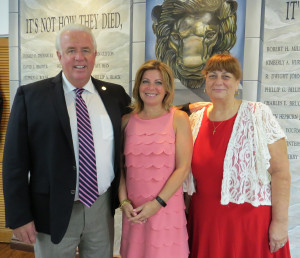 The Florida Legislature finished the budgeting process last night at midnight. As usual, salaries were one of the last decisions to be made.

Here’s how our bargaining units fared in the final budget.

Additionally, a $2,000 pay additive may be provided for the following special duties:

Why did the Legislature decide not to fund across the board raises? For those of you following the regular session, you will remember that the Low Income Pool (LIP) funding for the poor caused the session to breakdown. Low income pool funding provides health care dollars for the poor. The federal government is phasing out the LIP funding, but granted Florida an extension of one year at a reduced amount. This created a large shortfall in the operating budget.

There were no changes to health insurance premiums for employees and no increases to the employee contribution to the Florida Retirement System.

We also signed off on the status quo policy for the special compensatory leave article in the contract. This means our current contract language remains in place. This issue was at impasse during the regular session. We proposed to create a pay as you system for special compensatory leave and the Department of Management Services provided a counter proposal that we could not accept.

Here’s the major difference in the proposals – We want to be able to keep the existing contractual language allowing up to 240 hours of previously earned special comp and DMS wants that balance on past special comp to be zero. We are working with DMS to reach a solution that does not take away the previous balances, but allows a payout on future special comp earnings. Status quo keeps the balances in place and gives us another year to reach a solution.

The Legislature starts early next year; we are already discussing a pay proposal with the Speaker of House and Senate President. We will keep you informed as soon as the interim committees begin in September.